I'm Don and I've been a professional actor for over eight years. Throughout my short career, I've had the privilege of appearing in a number of independent films, student projects, commercials, and theatrical productions. Some of my most notable roles include an assistant pastor, a cocky loneshark, a colonial groundskeeper, a disgruntled office worker and a bankrupt Australian clown. I have often been told that I have a very good ear for accents and regional dialects. In addition, I am also a talented voiceover artist, singer and stage manager. Whether I am performing in comedies or dramas, I always approach each new project with a optimistic attitude and friendly disposition. 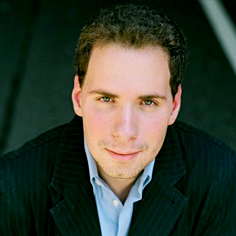 The Sound of Music

The MVP Free Video Planning Guide will help you conceptualize and develop a plan for the best possible video presentation. We hope that whether you end up selecting us or not, you will find this Planning Guide valuable in streamlining your process and creating a custom video that is nothing short of awesome.

Fill out this form during MVP's normal business hours and you will be sent login information within an hour granting you access to the Free Video Planning Guide. If you prefer to schedule a conference call to discuss your project, please indicate this below and someone will contact you soon to schedule.

Video Planning Guide summaries with an MVP proposal will be emailed to you within 1 business day, or 2 – 3 days if filling out the planning guide on a Friday, Saturday, or Sunday.